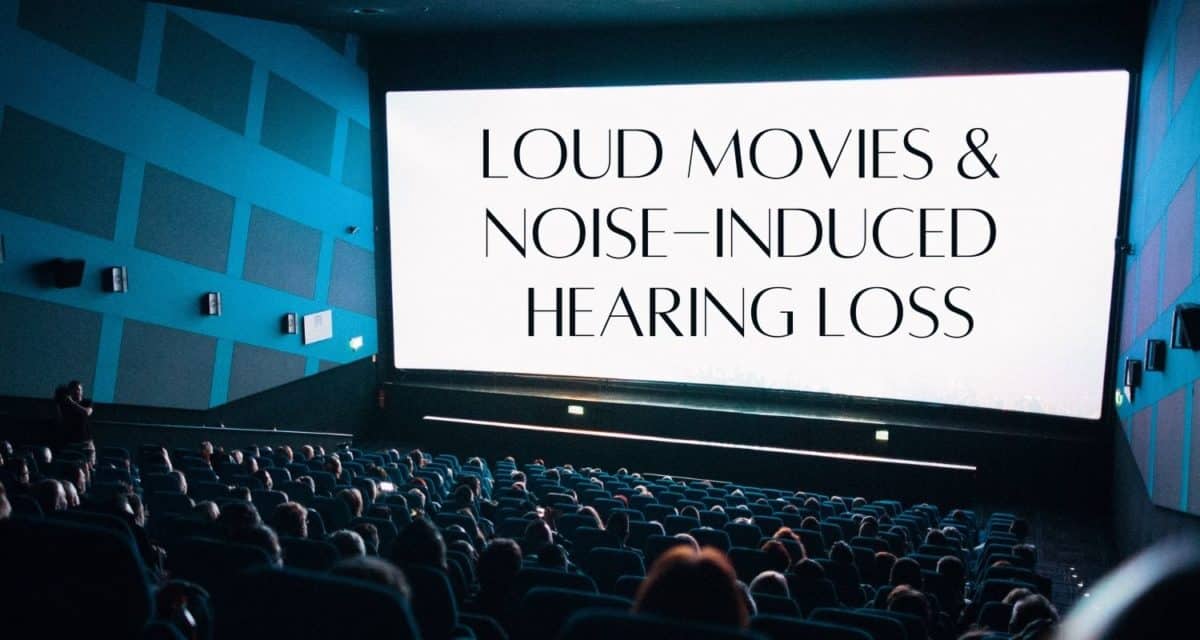 When we think of hearing loss due to too loud noise, we often think about people who work day in and day out in noisy environments. People who work in factories, the military, and musicians have a higher rate of hearing loss than folks in quieter professions. That’s why federal standards were enacted to protect people’s hearing in situations where they cannot simply leave.

This is why it’s important to talk more about the commonplace scenarios we willingly place ourselves in that have the potential to harm our hearing. In many instances, we’re even paying for the pleasure of increased risk of hearing loss!

Noisy recreational activities and hobbies like snowmobiling, sport shooting, and concert-going can expose you to excessive noise that permanently impacts your hearing health. But there’s an everyday activity, almost a national pastime, that carries hidden harm. Movie theaters across the country routinely show films set with excessive volumes. There isn’t a national standard that controls the volumes of film sound and so your neighborhood theater might be damaging to your health.

How does noise hurt our hearing?

There are two main causes of harm to hearing later in life. Age remains the strongest predictor of damaged hearing, a condition known as age-related hearing loss. But noise-induced hearing loss runs a close second. In many cases, a combination of the two factors is at play.

Our ears evolved to function over many thousands of years, most of which were much quieter. The post-industrial revolution world is considerably louder, with machinery and amplification. Excessive noise can cause damage to the sensitive inner ear cells that collect sound information. Once damaged, these cells do not repair themselves or regrow. Instead, we lose the capacity to capture all the sound from the external world. From these cells, sound information is transferred to the brain. With less healthy, working cells in play, our brains simply hear less.

How loud is too loud?

Excessive volumes can harm hearing all at once or slowly and over time. We measure sound in units called decibels. Sounds above 120 decibels can cause immediate and permanent damage to our hearing. An explosion or accident might cause such sounds and will result in instantaneous hearing loss.

Repeated exposure to less violent, but still too loud sounds can also damage hearing, but more subtly. Any noise over 85 decibels can begin to cause hearing loss and the risks increase as the duration of the exposure time lengthens.

Excessive volumes at the theater

Movie theaters are regularly known to play movies at volumes exceeding 100 decibels. In 2016, an investigative report found that even children’s films had volumes that climbed well past 85 decibels. Though 85 decibels is the standard for hearing health threshold, movie theater owners all choose independently the volumes at which their films are shown. With the rise in digital audio, some theaters crank up the volumes to deliver a more thrilling experience for their patrons.

You don’t have to avoid the movie theater or bring earplugs — though that might be a good idea when trying out a new venue. Instead, turn your smartphone into a decibel meter by downloading a useful app like SoundMeter or Decibel X. You can monitor your listening environments with the tap of a button. Find out if your favorite spot to catch new releases is posing a risk to your hearing health.

Even if you don’t monitor the actual decibels, pay attention to how your ears feel in the theater. They should never hurt or feel pain during a film viewing experience. If that’s the case, the theater is probably too loud and you’d be better served by finding another movie watching option.

It might be that noise-induced hearing loss has already begun to degrade your listening life. The earliest symptoms from repeated exposure can show up in extremely subtle ways, and it’s often friends and family that notice hearing loss first. The most common symptom is having difficulty with speech clarity, so it might seem as though everyone around you is mumbling. Telephone conversations or chats at large gatherings with background noise might prove especially challenging.

If you feel that noise-induced hearing loss is impacting your life, make an appointment for a hearing exam with our team. We can lead you through the easy process of testing to find your diagnosis. From there, we can work together to explore options to get you back on the path to your healthiest hearing and most vibrant life.