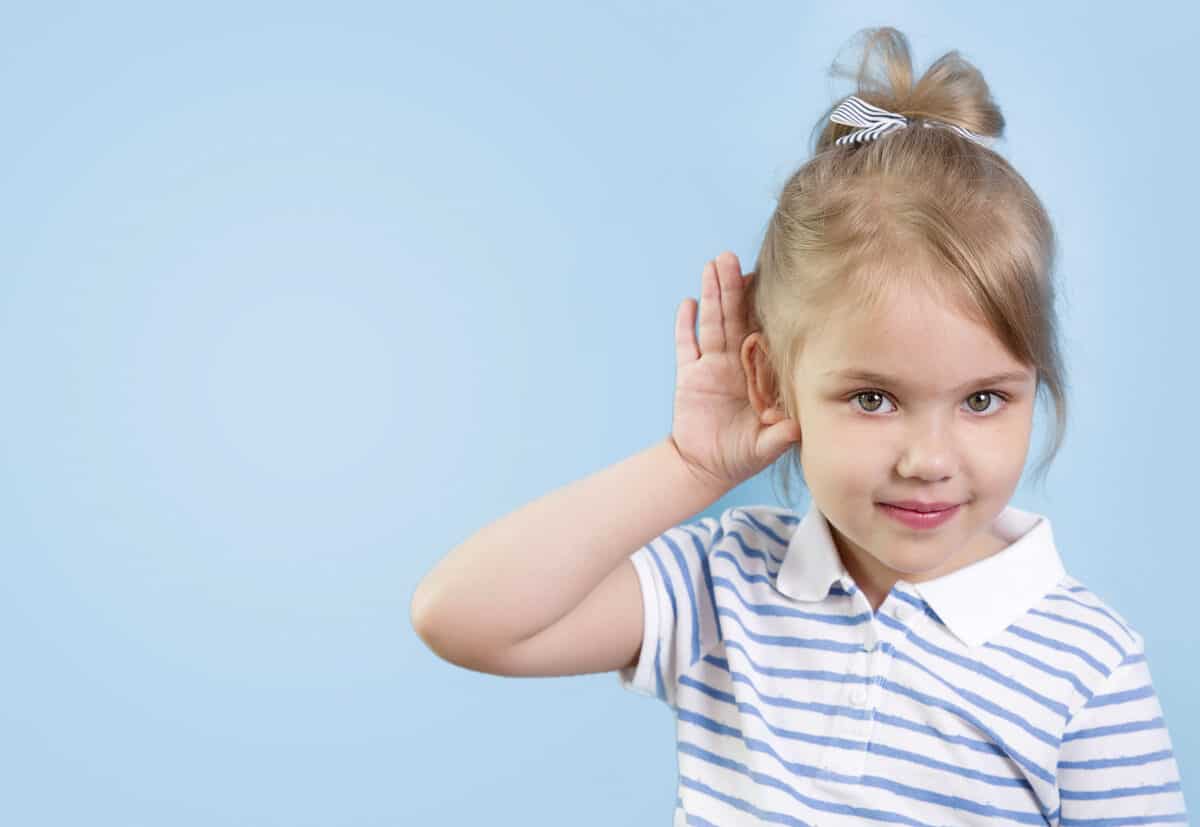 Children can have hearing loss from birth (congenital) or later in childhood (acquired). Congenital hearing loss can be caused by a person’s genes or by infections that happen during pregnancy, such as cytomegalovirus or rubella. Babies in the neonatal intensive care unit are more likely to lose their hearing (NICU).

Hearing loss can happen on its own or as part of a syndrome that causes other symptoms. Hearing loss can sometimes be traced back to a genetic cause. Infectious diseases, like meningitis or recurrent ear infections, trauma, and some medications can all lead to hearing loss.

Hearing loss could lead to problems with development.

When hearing loss starts, the younger a child is, the worse it is for the child’s development. In the same way, the impact of a problem is less severe the earlier it is found, and action is taken.

Children with hearing loss are affected in four main ways:

A study finds a link between hearing loss and the inability to read.

A British study shows the link between having trouble reading and writing and having trouble hearing. The study looked at 195 kids between the ages of 8 and 10. Thirty-six of these people had trouble reading, and 29 had had multiple ear infections in the past. The people who took part were given tests to see how well they could read, write, speak, and understand.

The study’s results show that both groups have a higher chance of losing their hearing, and the rates of hearing loss are very similar between the two groups. The study says that their parents and teachers judged all of the people who took part to have had no major hearing problems in the past.

Concrete words like “cat,” “jump,” “five,” and “red” are easier for children with hearing loss to learn than abstract words like “before,” “after,” “equal to,” and “jealous.” Function words like the, an, are, and an is also hard for them to understand.

The difference between the vocabulary of hard-of-hearing and average children grows as they age. Children who have trouble hearing don’t catch up on their own. Children who can’t hear well also have trouble understanding words that can mean more than one thing.

Children with hearing loss have trouble in all areas of the school, but reading and math are especially hard for them.

Children with mild to moderate hearing loss usually do one to four grade levels less well in school than their peers with normal hearing unless they get the help they need. If the child has severe to profound hearing loss, they usually can’t learn more than they would in the third or fourth grade unless they get help early on.

The difference between how well children with normal hearing and those with hearing loss do in school tends to get bigger as they progress through school. How well a child does in school depends on how involved their parents are and how much, how well, and when they get help.

What you can do

Recent research shows that children with hearing loss who start getting help early may be able to learn spoken and signed language at the same level as their hearing peers. Early family-centered intervention is suggested to help with language (spoken or signed, depending on what the family wants) and cognitive development if your child has hearing loss.

As part of a team of professionals from different fields, an audiologist will look at your child and recommend the best audiology intervention program.