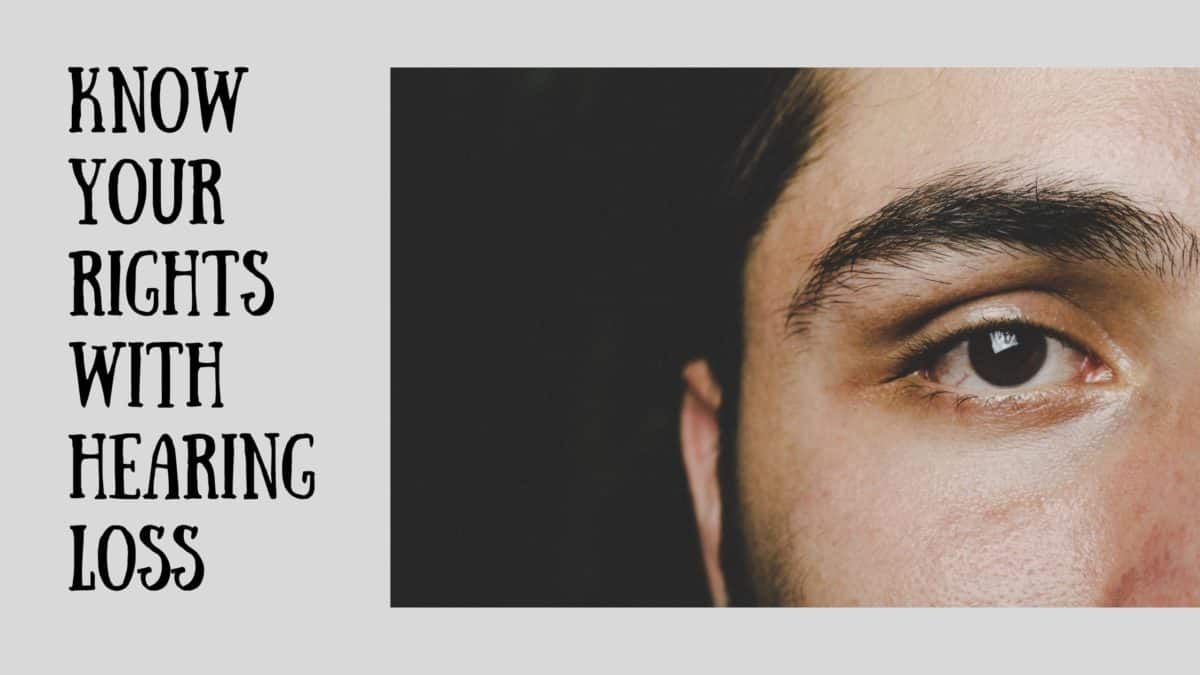 For many decades, advocates have fought for the rights of people with different abilities. Not too long ago, existing as a person with hearing loss would have meant being a ward of the state or a person without the full rights of citizenship.

In 1880, the National Association of the Deaf was established in the United States. They formed upon the belief that people with hearing loss should have access to their fullest rights as human beings in this country. Early on in their fight, they were able to access the right for deaf or hard of hearing people to work in the federal civil service. They also obtained the right for people with disabled hearing to drive a car.

Since those early achievements, they and other activist groups worked tirelessly to ensure equal opportunity, regardless of ability. In 1990, the Americans with Disabilities Act (ADA) was signed into law.

To come this far, we have to also take into consideration the outdated attitudes toward disability that have existed for centuries. We can find examples of discrimination of people with hearing loss in extremely early recorded times. In ancient Greece, communication and ideas about intelligence and capability were strongly linked to one another. As such, people who had trouble verbally communicating were thought of as less intelligent.

In an echo we still feel today, the ancient Romans were swayed by wealth and class. A wealthy person with a disability, such as hearing loss, might not have experienced the same discrimiation or social consequences as a person of lesser means.

What is the ADA?

The ADA is a law that provides equal rights for people with disabilities, regardless of wealth and class. This law makes it unlawful to discriminate based upon ability and requires employers to provide reasonable accommodations for their workers. It also introduced accessibility requirements into law, so that facilities and buildings open to the public and constructed after the law was enacted must be compliant with ADA regulations according to the federal code.

Businesses and public spaces must provide access to people with different abilities.

You can find the full text of the law, education, and further assistance in making claims by visiting ADA.gov.

The ADA was a landmark achievement, but it went into law quite some time ago. You may not even be aware of the provisions within the law, and thus, the ways you can access your fullest rights.

If hearing loss is a condition that has become an issue later in life, now you know that your employer is required to provide you with reasonable accommodations. A few simple tweaks to your work routine could make your professional life exponentially better. If you work in retail, perhaps more time spent stocking or filling online orders and less at the cash register interacting with people would greatly alleviate your stress and anxiety.

Because of the ADA, we even have rights for assistive devices or sign language interpreters when dealing with government and law enforcement. For instance, did you know that the ADA requires that police officers accommodate people with hearing loss? It is your right to request this of law enforcement if you find yourself in a situation in which you must communicate.

The issue at hand

At the moment, we must collectively advocate for greater protections towards people with hearing loss when interacting with law enforcement. In the past handful of years, there have been many incidents in which a person, deaf or hard of hearing, is mistreated by police or even killed for acting ‘non-compliant.’

There are efforts underway to educate police officers on a small number of universal signs from American Sign Language, but there isn’t yet a formal mandate. Having a clear way of informing law enforcement that your communication will be obstructed is a good idea. Officers should recognize your disability and consider it throughout your interaction.

Though a useful precaution, carrying a visual communication of hearing loss is not a cure-all. In 2014, a 64-year-old deaf person, Pearl Pearson, was dragged out of his vehicle and assaulted by patrolmen as he was attempting to show them his “I am deaf” placard.

Having a notification card won’t always prevent injury, but it can be another tool for you that might allow you to communicate that you have difficulty hearing. If you are in a position to advocate for people with deafness or hearing loss with your local law enforcement agency, do it! You might be able to save a life or ensure the safety of another human.

COVID-19 UPDATE: We are currently seeing patients by appointment only and observing all patient safety protocols.
CONTACT US
This is default text for notification bar
Learn more