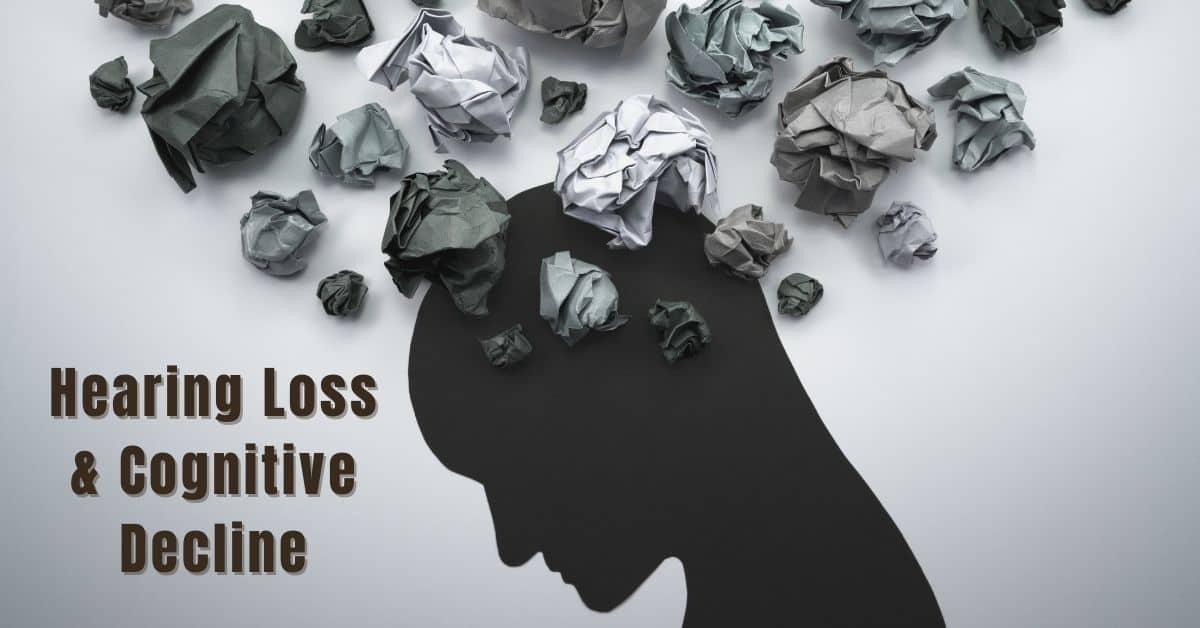 Age related hearing loss affects 1 in 3 seniors over 65 and over half of those over 75. While you may think that hearing loss is just an ear issue, it actually affects all aspects of life including mental health, physical activity, emotional health and longevity. This is because compromised hearing is a communication issue.

While we hear with our ears, we process the audio information with our brains. When sound can’t be heard clearly by the ears it forces our brains to strain and when this goes on long enough it has been linked to a higher risk of cognitive decline and dementia.

How does dementia affect hearing?

Hearing loss is progressive condition first affecting certain tones, pitches and consonants in speech. When we struggle to hear these sounds we often miss parts of words or whole sentences in conversation. Our brain is forced to fill in the gaps in communication, which can create listener’s fatigue.

Hearing loss is often undiagnosed and leads many to opt out of exhausting social situations rather than struggle through conversation. For many seniors with hearing issues they can become depressed and self-isolate, which can be very dangerous to those of advanced age.

Staying social as we age can reduce risk for various mental health issues by keeping your brain constantly engaged in activity and interaction. This helps you keep your mind sharp and reduces risk of cognitive decline. The brain is like a muscle and becomes sharper and quicker when it is challenged. When you isolate you do not use the part of your mind that hears and responds to others, causing these parts to atrophy. This is one theory on the connection between hearing loss and cognitive decline.

What research on dementia and hearing loss reveals

Do hearing aids and cognitive decline

While there is inconclusive evidence that hearing aids can reverse cognitive decline, studies suggest that development of cognitive decline can be slowed down. This can potentially add years of clear thinking and memories of your life and your loved ones.

While hearing aids cannot reverse cognitive decline they can amplify the sounds you struggle with, allowing you to participate in conversation, relate to others and start to enjoy social interactions again as you begin to feel involved. Social seniors stay more active and are more likely to avoid dangerous falls, accidents and hospitalizations. In these ways, hearing aids can act as a preventative measure, ensuring you have more chances to use the parts of your brain that communicate with others, keeping you independent and healthy for years to come.